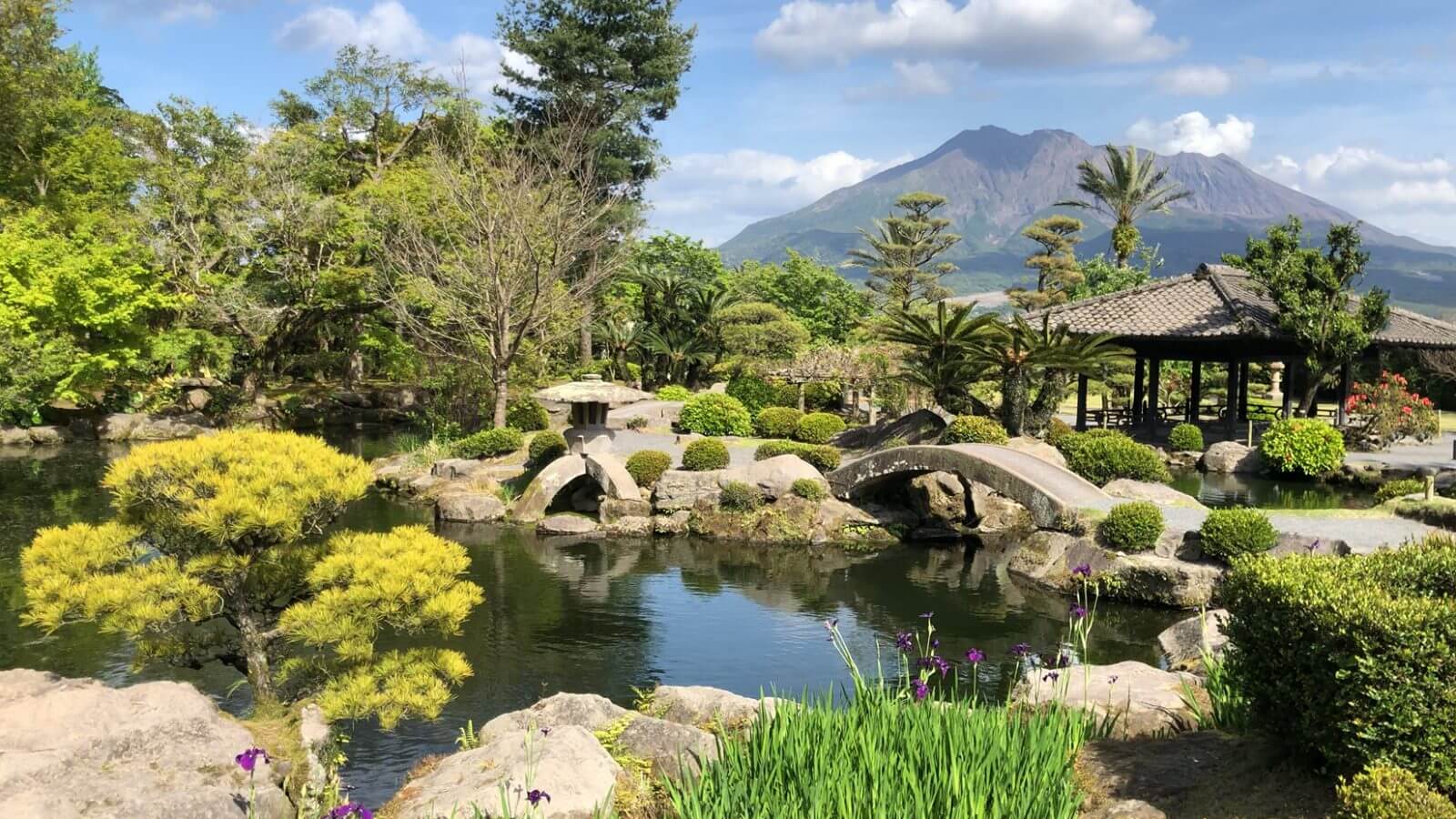 Delight in the contrast between the raw power of active volcano Sakurajima and the 12 acres of calming traditional gardens. Discover peaceful ponds, bubbling streams, mysterious shrines, tea rooms, a bamboo grove, and a mountain hiking trail with a panoramic view of Kagoshima Bay and the volcano beyond. Site of the Reverberatory Furnace

Samurai used pictures from a Dutch textbook and combined traditional Japanese craftsmanship with Western knowledge to build a furnace 20 metres high which was used to melt iron and produce cannons. 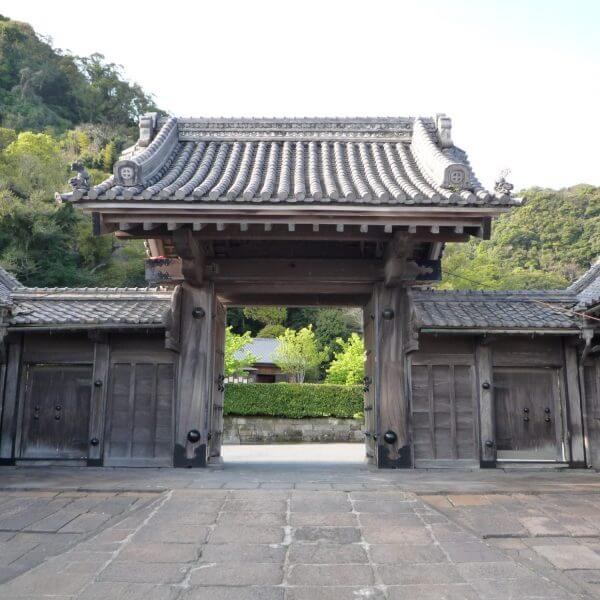 Built in 1895 as the new entrance to the gardens. The gate is made of camphor wood and is constructed in the Yakuimon style, featuring the crests of the Shimadzu family under the gable roof. 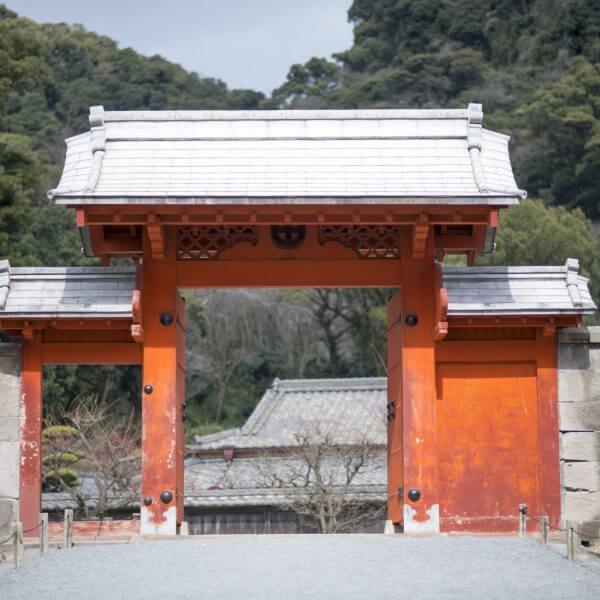 The original main gate to the gardens, featuring a roof made of Kagoshima tin. Only the lord and his heirs were allowed to use this gate; all other family members used another entrance nearby. 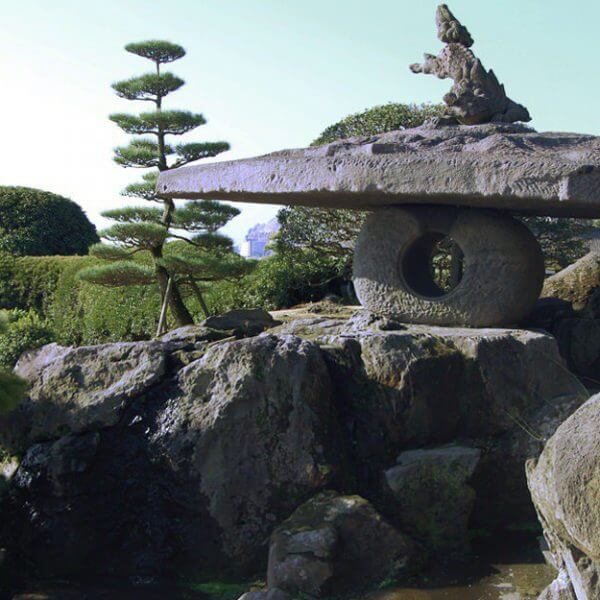 This huge lantern built in 1884 is the largest lantern in the garden. On top of the lantern is a Chinese guardian lion kicking its hind legs in the air.

This rock is said to look like a turtle with its head to the left and a long mossy tail growing off the back of its shell to the right. Turtles are said to live for 10,000 years in Chinese mythology and are a symbol of long life. 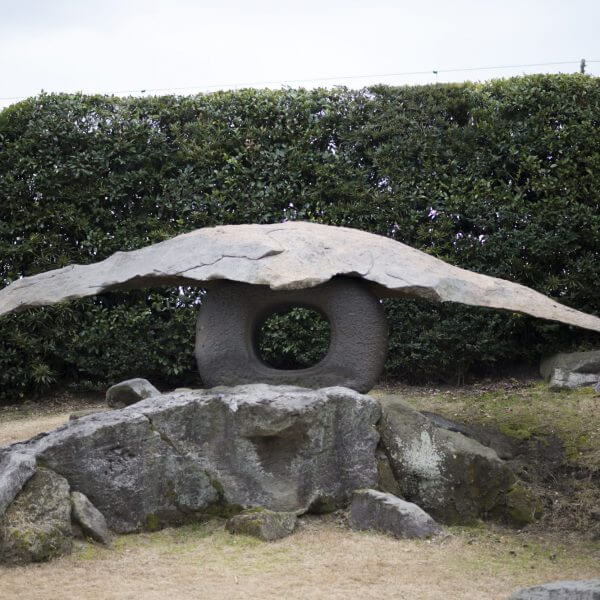 Resembling a crane spreading its wings, this lantern was used as the first gas light in Japan in an experiment carried out in 1857 by Shimadzu Nariakira. 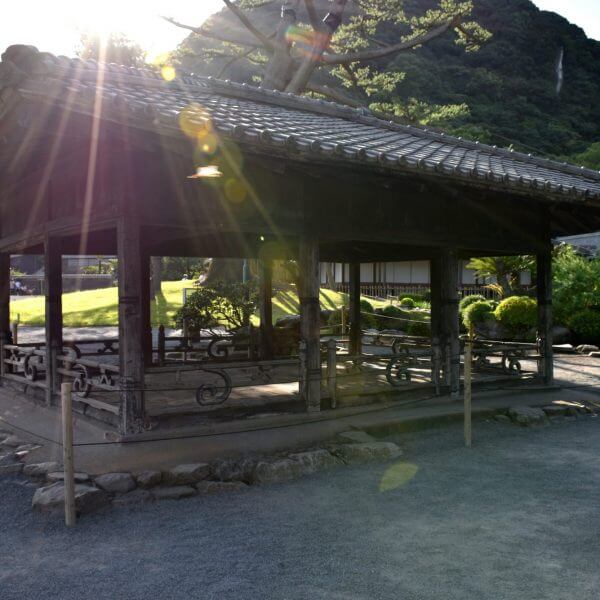 This pavilion was used to attend to important guests and was a gift from the King of Ryukyu, presented as tribute to the Satsuma domain in the early 17th century. 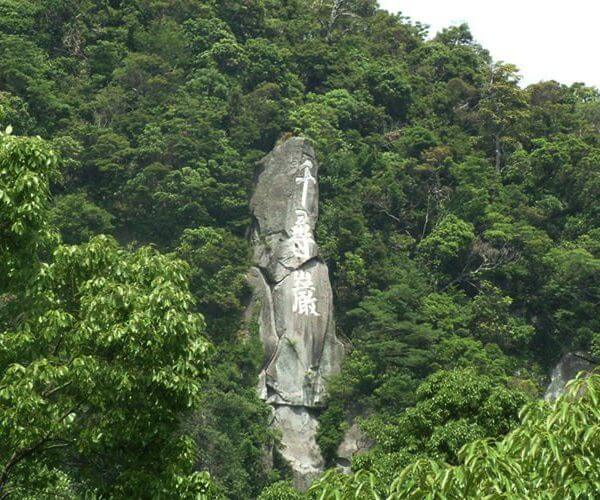 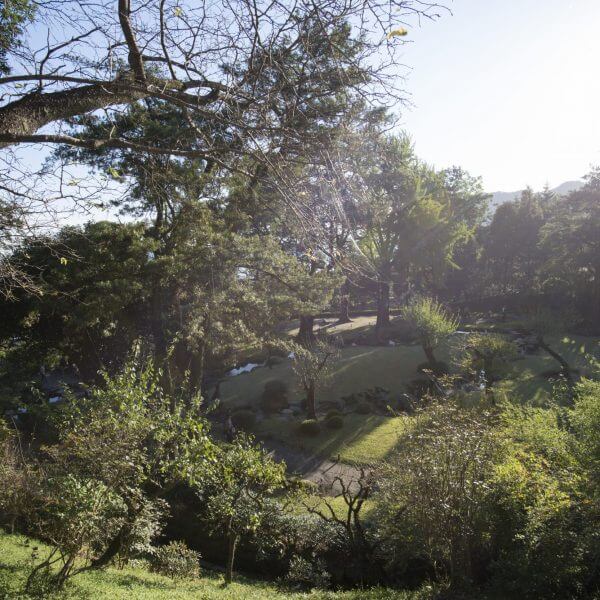 This garden with a small meandering stream was built to host an elegant poetry composition party called Kyokusui-no-en. Each participant composed a poem before a cup of sake floated down the stream in front of them. 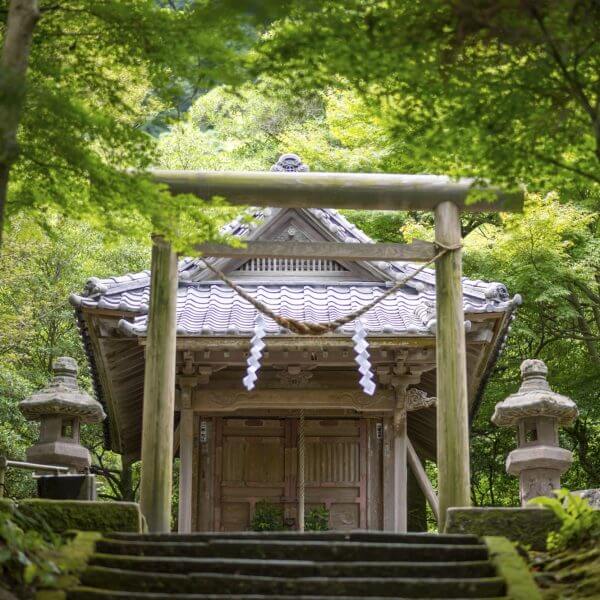 Thirteen shrines from the Shimadzu family residences were moved to Sengan-en in the late 19th century and collected together into a single shrine, said to be the luckiest at Sengan-en. 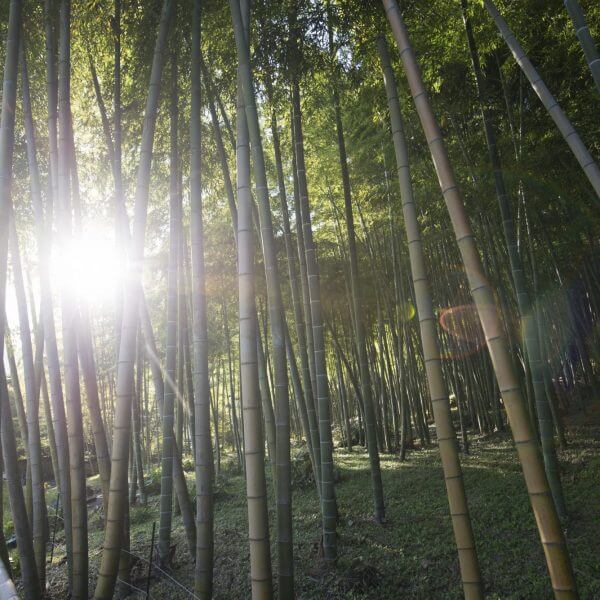 In 1736, Shimadzu Yoshitaka imported two stalks of Chinese moso bamboo into Japan via the Ryukyu Islands. The bamboo was planted here at Sengan-en, and eventually spread all over Japan. 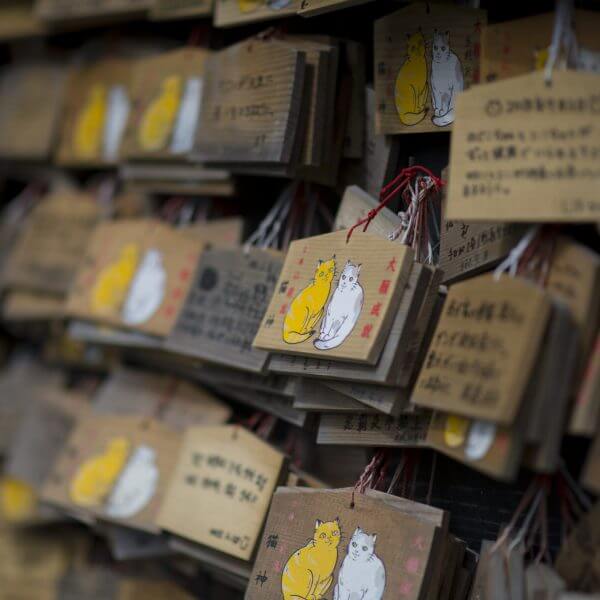 Pray for the health of your feline friends at one of Japan's only cat shrines. Find out why the Shimadzu called their cats the “gods of time”. 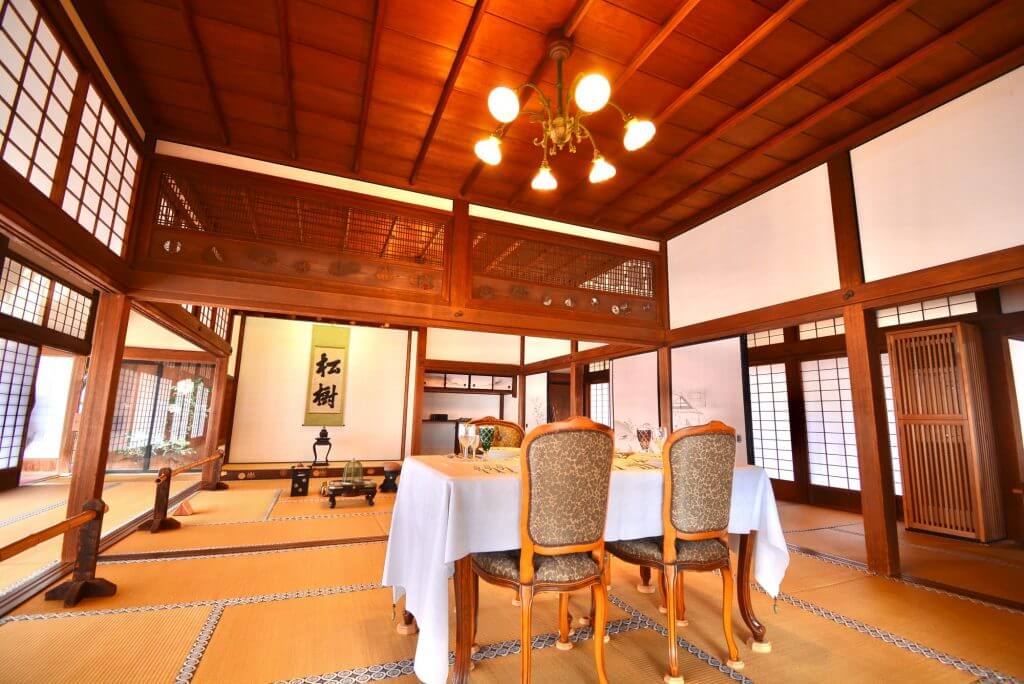 Visit the house loved by generations of the Shimadzu family, and enjoy the private view over the gardens, Kinko Bay, and Sakurajima. Learn about the lifestyle of Prince Shimadzu Tadayoshi and see how distinguished guests were welcomed at Sengan-en.