HOME > History of the Shimadzu Family 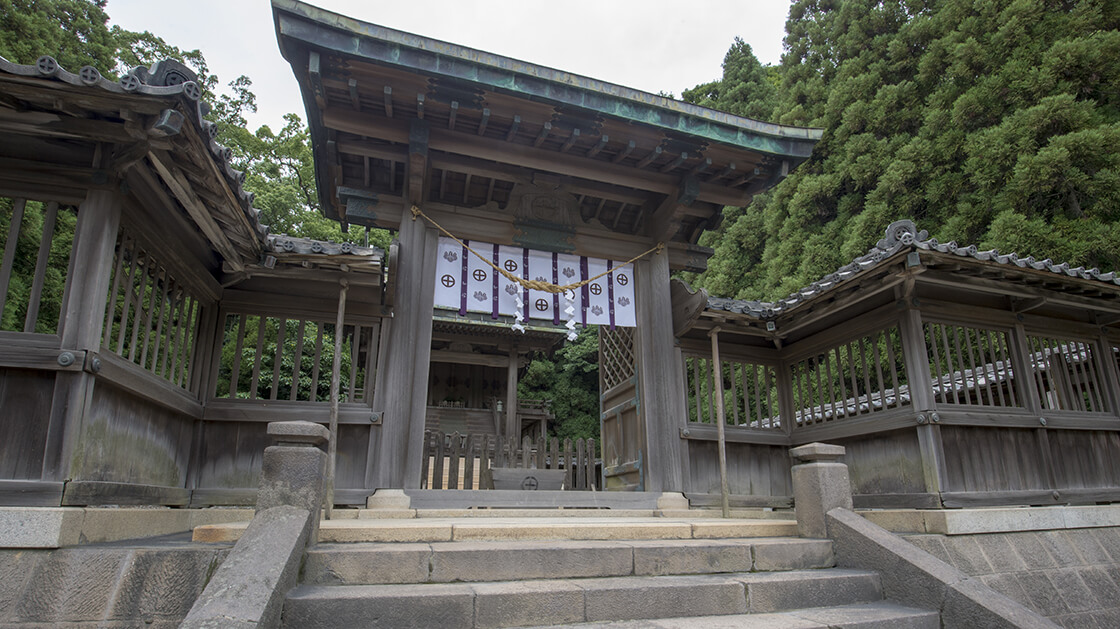 History of the Shimadzu Family

800 years of samurai history and culture

The Shimadzu family were one of Japan’s most powerful clans and ruled over southern Kyushu for a period of over 700 years. Learn about how this influential warrior clan survived through the age of the samurai and played a key role in the modernisation of Japan in the late 19th century.

The Shimadzu watched over the land and people of Kagoshima for over 700 years from the Kamakura period (1185-1333) until the end of the Edo period (1603-1868). Presently in its 32nd generation, the Shimadzu family is one of Japan’s oldest and most famous warrior clans.

The history of the Shimadzu family begins over 800 years ago with the birth of Koremune Tadahisa at Sumiyoshi Taisha, an important Shinto shrine in Osaka. Legend has it that Tadahisa’s pregnant mother Tango-no-Tsubone, having escaped Kamakura for political reasons, went into labour while trapped in a thunderstorm at Sumiyoshi Taisha and gave birth while clinging onto a rock. Aided by the deity Inari, the baby was delivered safely despite the raging thunderstorm.

Tadahisa became a retainer of the Minamoto clan, and was appointed steward of the Shimadzu estate in Southern Kyushu by the first Kamakura shogun, Minamotono no Yoritomo in 1187. Tadahisa took the name of the estate as his surname and founded the Shimadzu family line. The Shimadzu became protectors of the three fiefs of Satsuma, Osumi, and Hyuga, and were granted authority over the islands to the south – a reference to the Kingdom of Ryukyu. 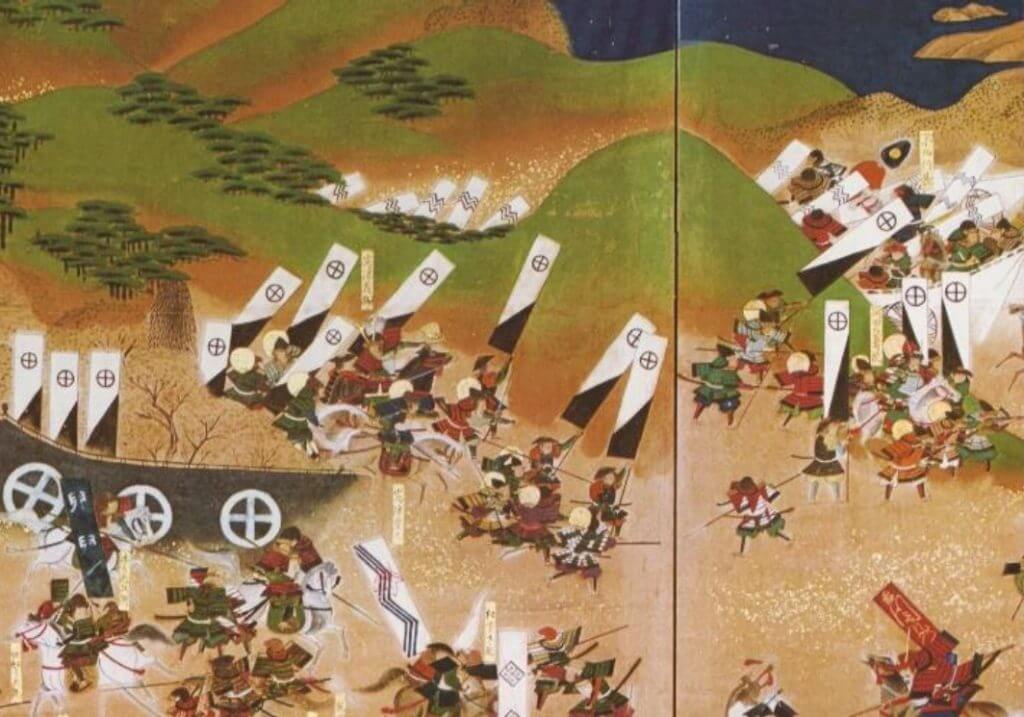 Local clans fiercely opposed Shimadzu rule in the following years, and a prolonged civil war among the cadet branches of the family almost brought the clan to ruin by the early 16th century. The 14th head of the Shimadzu family, Tadayoshi managed to turn the fortunes of the clan around and the moral code he authored would inspire his son Takahisa to finally unite the warring branches of the family. The Shimadzu clan gained immense power and under the 16th generation head Yoshihisa and his brother and 17th head Yoshihiro would expand their influence to cover almost all of Kyushu. 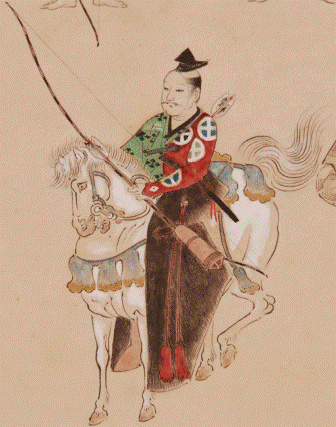 In 1587, regent Toyotomi Hideyoshi pushed the Shimadzu clan back to southern Kyushu, and in 1600 the Shimadzu fought on the losing side at the Battle of Sekigahara, with Yoshihiro making an amazing escape back to Kagoshima with only a handful of men. While other losing domains were rescinded the Shimadzu managed to keep control of their lands, and developed a close relationship with the Tokugawa shogunate.

During the Edo period (1604-1868), the 18th head of the Shimadzu family, Iehisa constructed Kagoshima Castle and annexed the Ryukyu Islands, establishing trade with China and making Satsuma one of the wealthiest domains in Japan. During the peace of the Edo period cultural pursuits flourished, and the 19th head of the family, Mitsuhisa constructed a magnificent house and gardens overlooking Sakurajima named Sengan-en.

In the late 18th century Shimadzu Shigehide developed an interest in western culture, and invested greatly in educational reforms in the Satsuma domain. It was around this time that domain finances came under pressure, and a senior retainer called Zusho Hirosato who was formerly a tea servant to Shigehide was employed to restore the treasury to its former glory.

Learn more about the Shimadzu clan 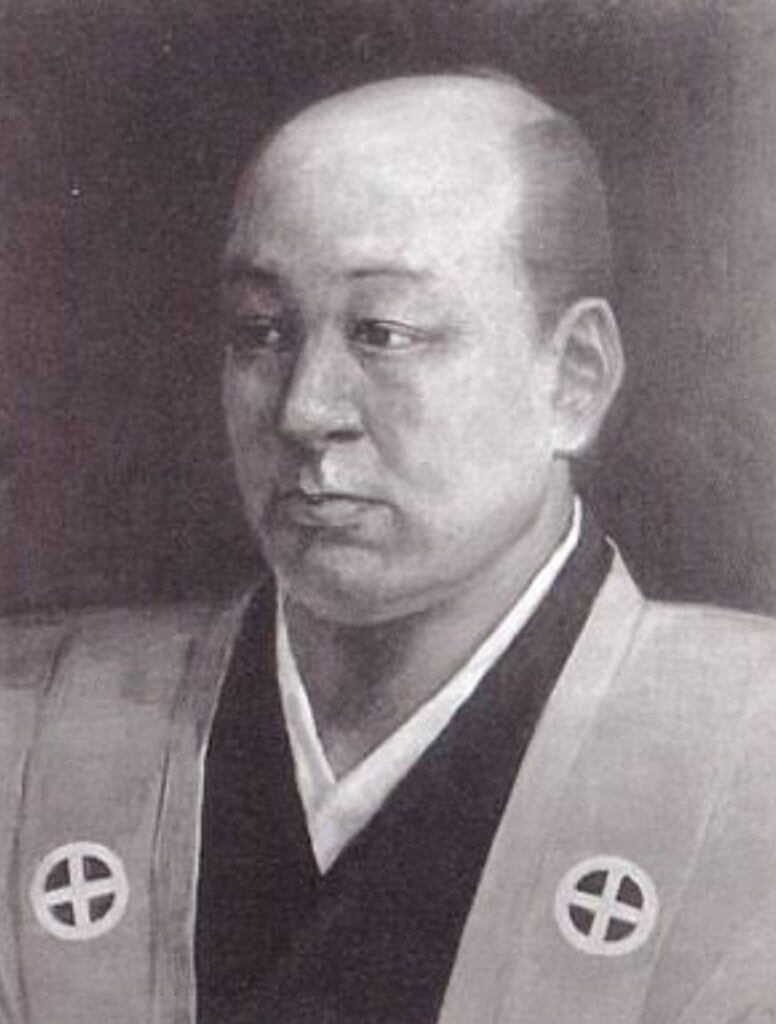 During the 1840s, due to its location in Southern Kyushu, Satsuma was among the first of the feudal domains to feel the pressure of Western colonialisation of East Asia. The 28th head of the Shimadzu family, Nariakira, was particularly aware of this threat, stating “Japan must be made into a strong and wealthy country, on par with the Western powers”.

Nariakira began the Shuseikan Project in an attempt to develop industrialisation, and started a number of education projects that would raise some of the young leaders who in a few years’ time would bring about the Meiji Restoration. The modernisation project at the Shuseikan consisted of ironworking, cotton spinning, and glassmaking among other enterprises, and innovation took place at a stunning rate.

One of the greatest successes was the manufacture of a functional reverberatory furnace, with only a drawing from a Dutch textbook as reference. By combining Japanese traditional craftsmanship and Western scientific learning, the samurai of Satsuma managed to bring modernisation to Japan. Nariakira unfortunately died suddenly, but his legacy was continued by the 29th head of the Shimadzu, Tadayoshi, and his father Hisamitsu. 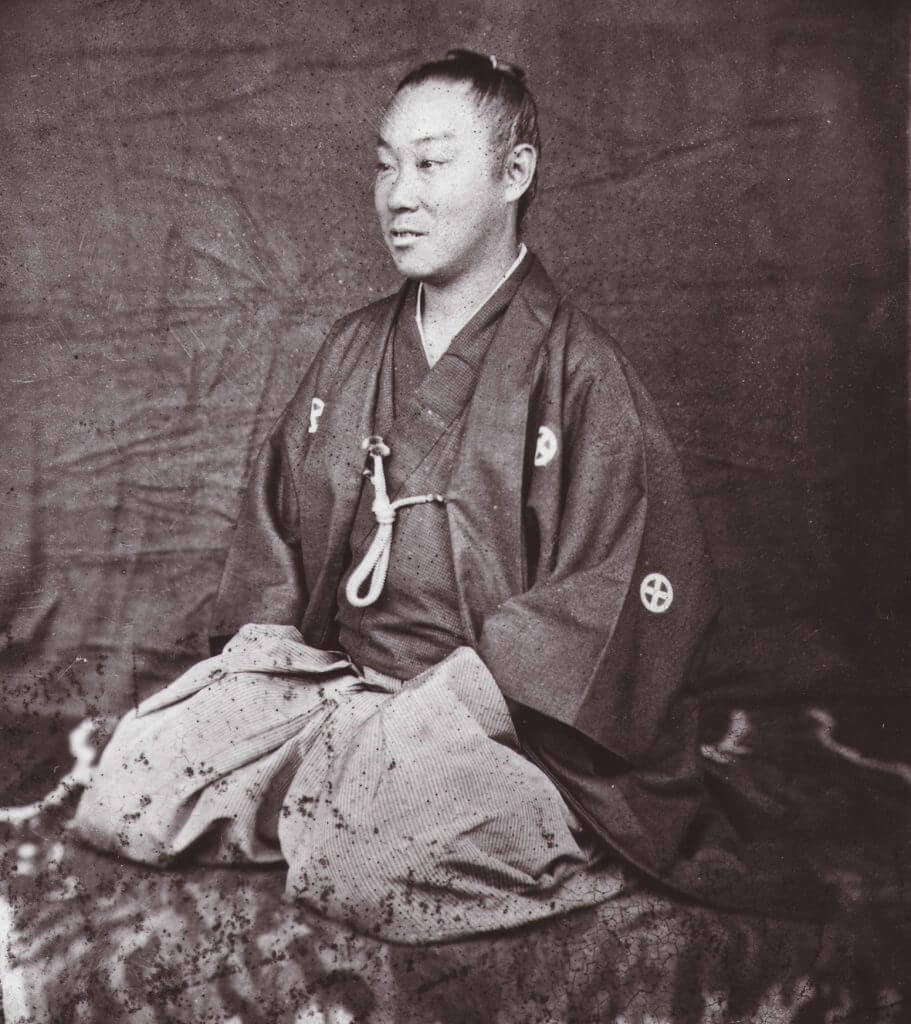 The late 19th century saw the Meiji Restoration and the overthrow of the Tokugawa Shogunate. Samurai from Satsuma such as Saigo Takamori who had been raised under the visionary leadership of Nariakira played a key role in the adoption of a modern government and the opening of Japan to the outside world. The Shimadzu family lost their status as feudal lords of Satsuma and were granted the title Prince Shimadzu under the new Peerage Law of 1884. Shimadzu Tadayoshi moved to live at Sengan-en as his main residence for a period of about 10 years.

Tadayoshi sought to maintain the traditions of the Edo period in his daily life, but was aware of the changes taking place in Japan and its development into a modern nation. In 1891 Nicholas Alexandrovich, Tsesarevich of Russia (later Emperor Nicholas II of Russia) was hosted at Sengan-en in spectacular style by Tadayoshi, with his young heir Tadashige leading a procession of 170 samurai in full armour.

The 30th head of the Shimadzu family, Tadashige, was born at Sengan-en in 1886. During his childhood he used the name Hidemaru, and lived in the house at Sengan-en. When his father, Tadayoshi died in 1897, he inherited the title Prince Shimadzu and moved to Tokyo. He attended the Gakushuin School for peers as well as being educated privately at home by a British governess named Ethel Howard.

In 1915, Tadashige had an impressive palace built in the Gotanda area of Tokyo by noted British architect Josiah Condor (presently Seisen Univeristy). Tadashige joined the Japanese Navy, and after graduation from the Naval War College, travelled to Britain at his own expense to study abroad. In 1922, Tadashige founded Shimadzu Ltd. On his return to Japan he took a position as an instructor at the Japanese Naval College. Tadashige served as military attaché to Britain from 1928 until 1930. He eventually attained the rank of Rear Admiral and was a member of the House of Peers.

Today the family is in its 32nd generation, and Shimadzu Ltd. operates Sengan-en and other assets passed down over generations to maintain the traditions and culture of the Shimadzu clan and Satsuma domain for generations to come. The Shimadzu family has a history of over 800 years, and our mission is to protect and promote this legacy whilst working for the benefit of the people of Kagoshima.

Learn more about the Shimadzu clan 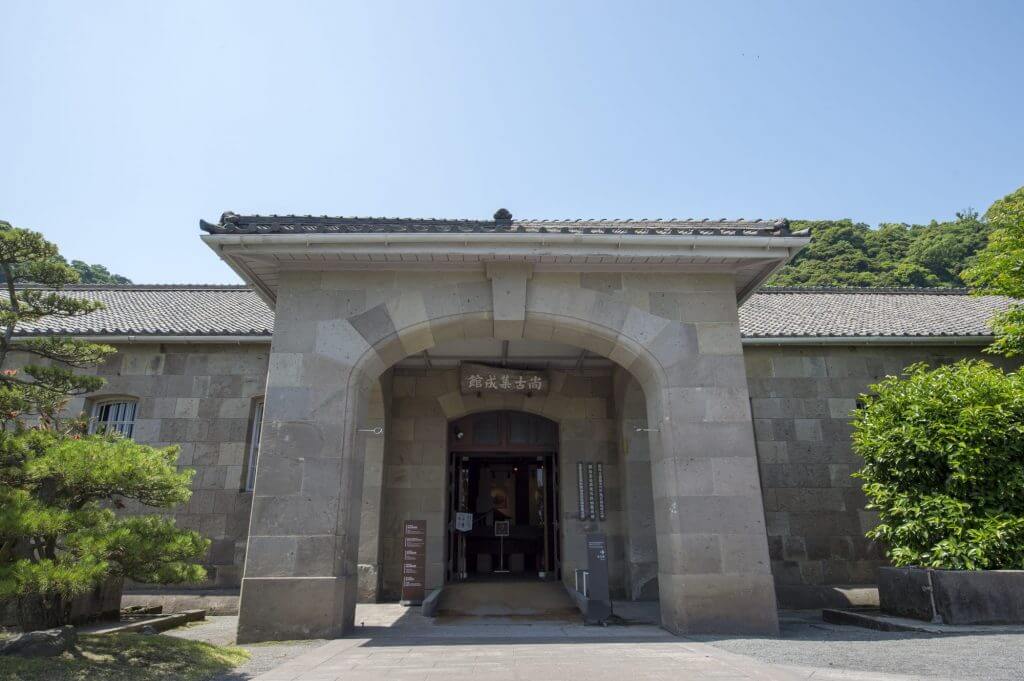 Follow the course of the Shimadzu family over 800 years, and see how the international relations they forged led to the development of industrialisation in modern Japan. The Shoko Shuseikan Museum is housed in the oldest stone factory building in Japan, built in 1865 by pioneering lord Shimadzu Nariakira.

Step back in time