Renovation Notice
Shoko Shuseikan Museum will be closed until October, 2024 for a full scale renovation. Sengan-en and the museum annex building are open as usual.
HOME > Events > Sengan-en Chrysanthemum Festival 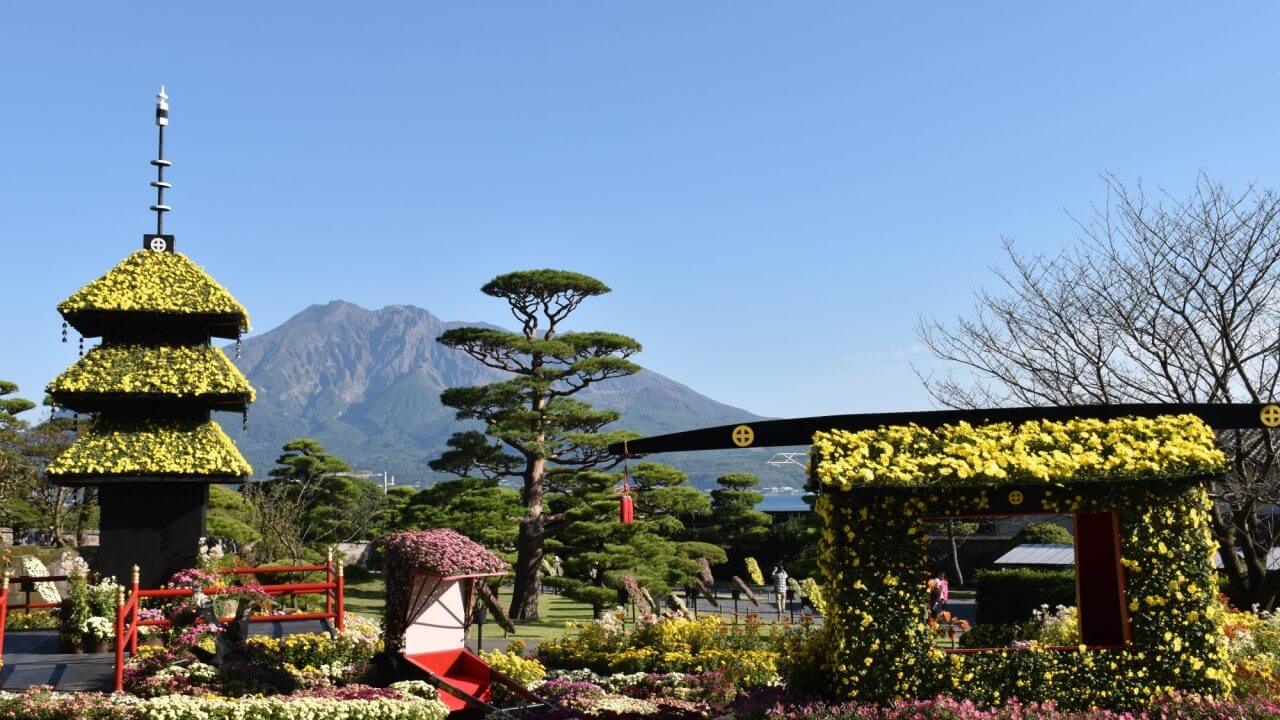 Delight in the display of over 15,000 chrysanthemums against the stunning backdrop of active volcano Sakurajima at the yearly Sengan-en Chrysanthemum Festival. Impressive display pieces, mannequins wearing flower kimono, and carefully manicured bonsai bring a wave of seasonal colour to the gardens. This year marks the 62nd time that the Chrysanthemum Festival has been held at Sengan-en. 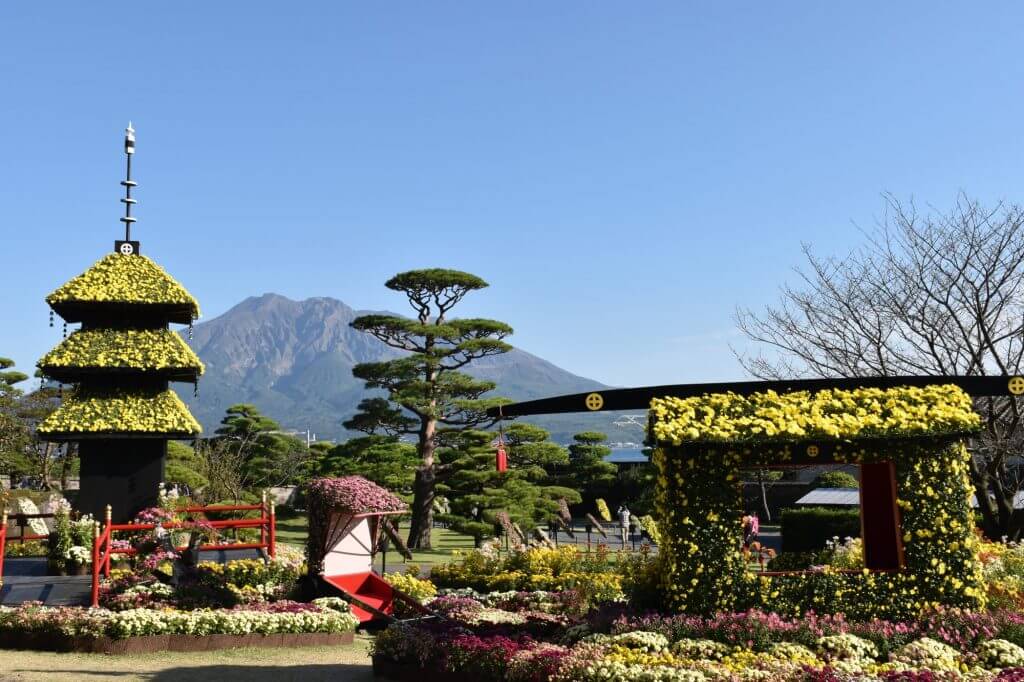 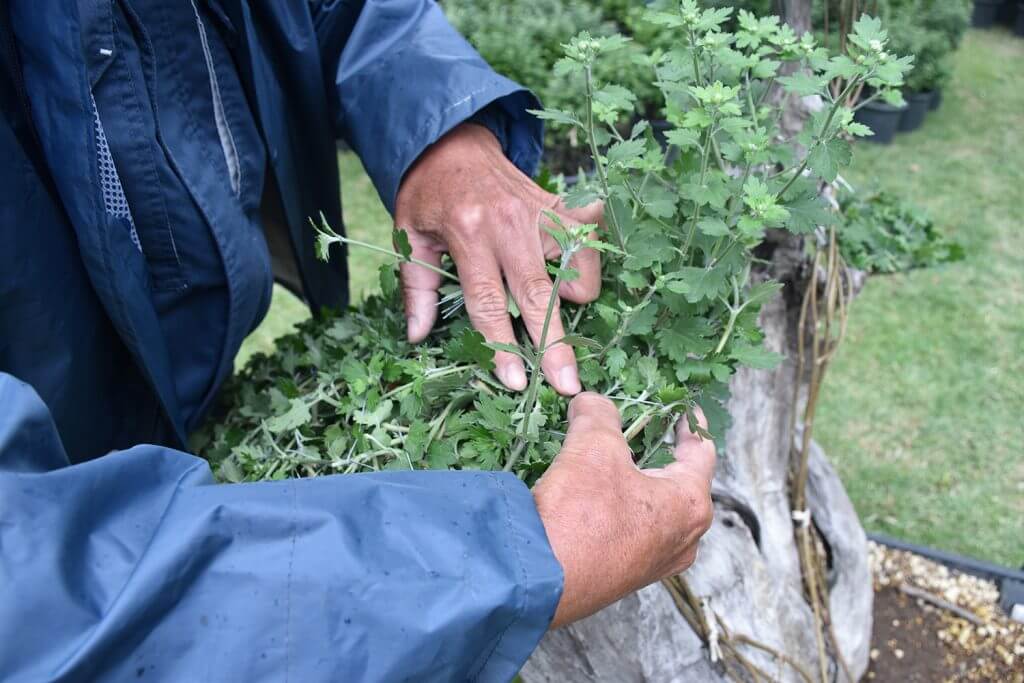 Our gardeners work hard for over six months preparing the displays for the festival deep in the mountains behind Sengan-en. In order for the chrysanthemums to bloom at the same time, dedicated gardeners spend months preparing the flowers. Weeks before the festival starts the gardeners wire each bud closed to prevent them blooming too early in a process called “osae”. The process must be repeated several times before the flowers are finally ready to bloom. 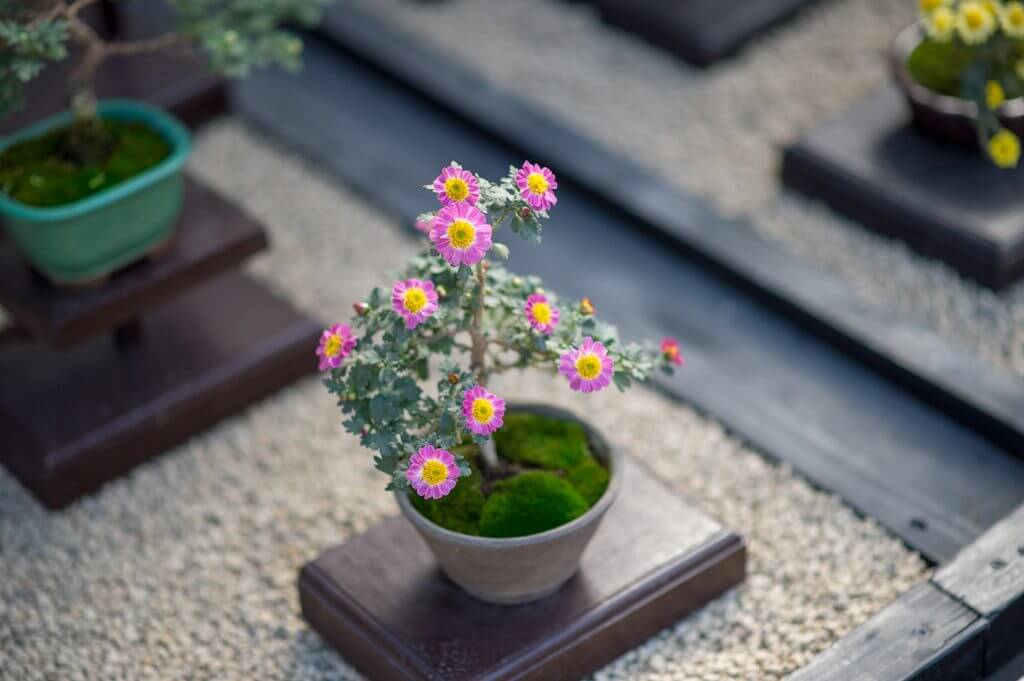