Renovation Notice
Shoko Shuseikan Museum will be closed until October, 2024 for a full scale renovation. Sengan-en and the museum annex building are open as usual.
HOME > Learn > Shimadzu Yoshihiro Versus the Heavenly Kings

Shimadzu Yoshihiro Versus the Heavenly Kings 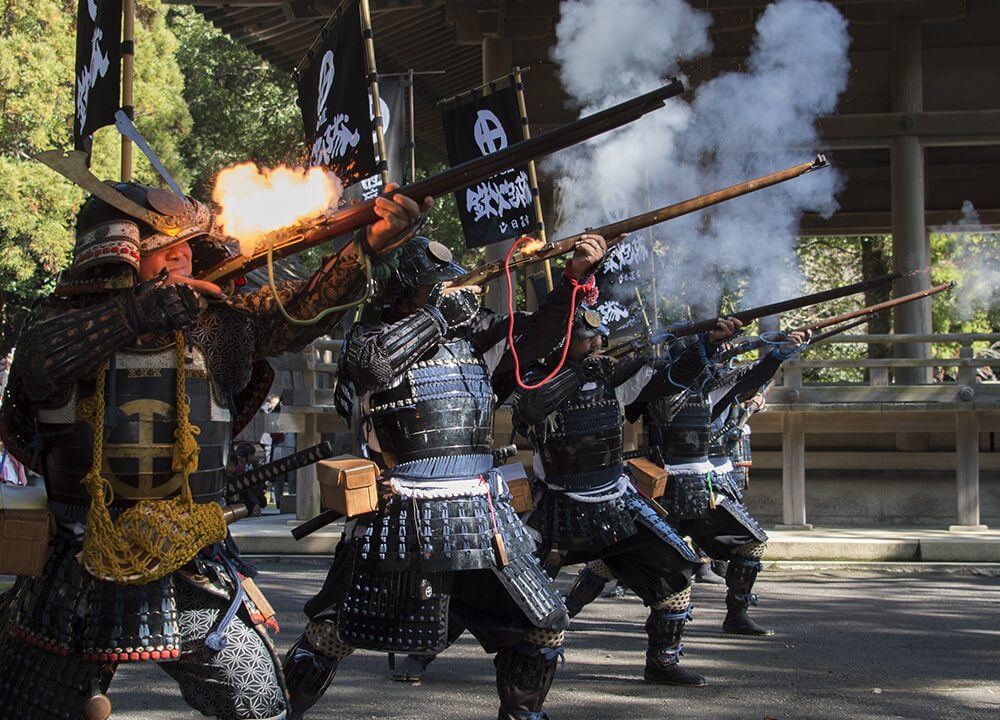 The Battle of Sekigahara in 1600 was the most decisive single conflict in Japanese history, bringing about the end of the turmoil of the Sengoku period and seeing the establishment of a military government under the Tokugawa Shogunate that lasted until the Meiji Restoration in 1868.

In part one of this series on Sekigahara and the Shimadzu Clan we learned how Shimadzu Yoshihiro and his band of 1,500 men charged the front line of the Tokugawa army of over 30,000 in a bid to escape the battlefield and return to Kagoshima.

In response Tokugawa Ieyasu’s son Matsudaira Tadayoshi, and two of the highly feared Four Heavenly Kings of the Tokugawa, Ii Naomasa and Honda Tadakatsu were dispatched to respond. Attacked by the Ii Clan

Ii Naomasa’s attack on the Shimadzu force was particularly savage, killing many and leaving Yoshihiro surrounded by the Ii forces. One of the Shimadzu samurai saw Ii Naomasa approaching, shouting “Quickly! Shoot Yoshihiro!” at his men.

A Satsuma samurai named Kashiwagi Gendo took this opportunity to take a shot at Ii Naomasa, hitting him squarely in the chest and knocking him off his horse, allowing Yoshihiro to make his escape. 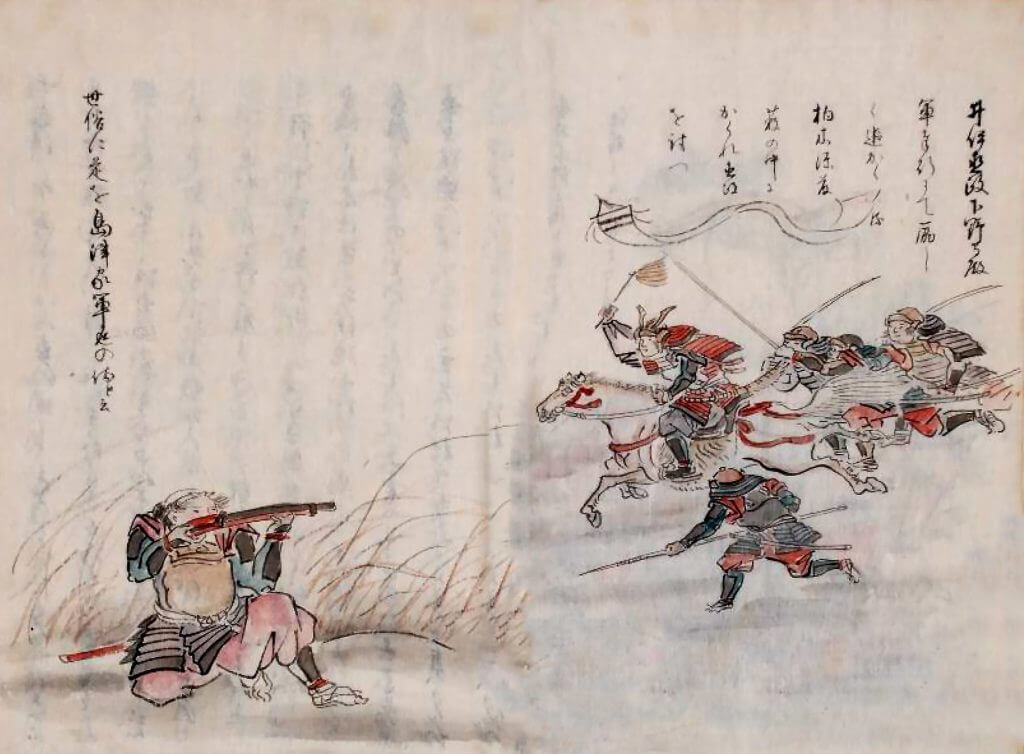 Chosa Hikozaemon Munetoki reported the clash with the Ii clan in the following manner.

There were 50 or 60 men around Lord Yoshihiro, in tight formation and surrounded by the Ii forces. Ii Naomasa appeared wearing a splendid suit of armour and brought his horse close to where Yoshihiro was, shouting angrily at his men “What are you doing? Hurry up and shoot Yoshihiro!”

It was then that Kashiwagi Gendo took aim and shot Ii Naomasa in the chest with his matchlock rifle causing him to fall off his horse. The enemy were shocked that their general had been downed, and Lord Yoshihiro shouted “Now! Cut them all down!”

We cut our way through the enemy force and headed towards the edge of the battlefield.

Ii Naomasa survived the battle but died one year later because of the wounds he suffered. Matsudaira Tadayoshi and Honda Tadakatsu were also injured fighting against the Shimadzu clan.

It was unusual for high ranking samurai to be seriously injured or killed during battle unless they left their encampments and fought on the front-lines themselves. Kashiwagi would certainly have been praised for taking down such and important figure. The matchlock rifle that he used to shoot Ii Naomasa is currently in the collection of the Shoko Shuseikan Museum.

After breaking through the Ii lines Shimadzu samurai once more found themselves surrounded by enemies looking to take Yoshihiro’s head. 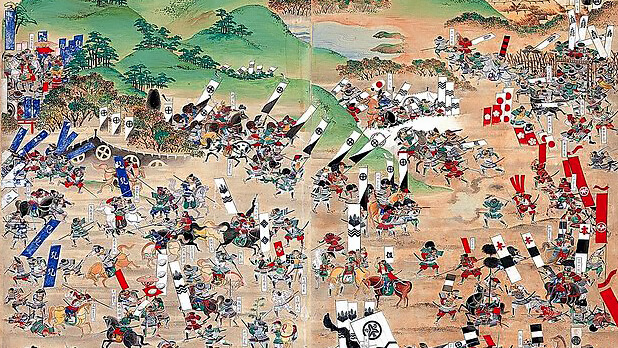 The Disappearance of Shimadzu Toyohisa

During the skirmish senior retainer Ata Chojuin and Shimadzu Toyohisa were killed protecting Yoshihiro. The remaining Shimadzu samurai attacked the enemy shouting “I am Shimadzu Yoshihiro!” to draw attention away from their general and confuse the enemy soldiers. This is when Toyohisa seems to have been separated from the main force and disappeared. There is no record of how he met his demise.

Chosa Hikozaemon Munetoki left this account of the last time he saw Toyohisa.

After escaping from the Ii force we were once again surrounded by the enemy.

This time Ata Chojuin shouted, “I am Shimadzu Yoshihiro!” while charging at the enemy and was cut down.

I was separated from Lord Yoshihiro in the intense fighting, and while I was looking for him, I met with Toyohisa. I asked Toyohisa where the lord was, but he did not know. After a while fighting with Toyohisa, he turned to me and said “Someone is calling for Chosa Munetoki! Go and look!”

I left Toyohisa behind and found Lord Yoshihiro and a few of our men surrounded by a large group of the enemy.

Interestingly the plot of the hit manga and animated series “Drifters” uses Toyohisa’s disappearance as a plot device, suggesting he was pulled into an alternate dimension to fight evil alongside other historical heroes. 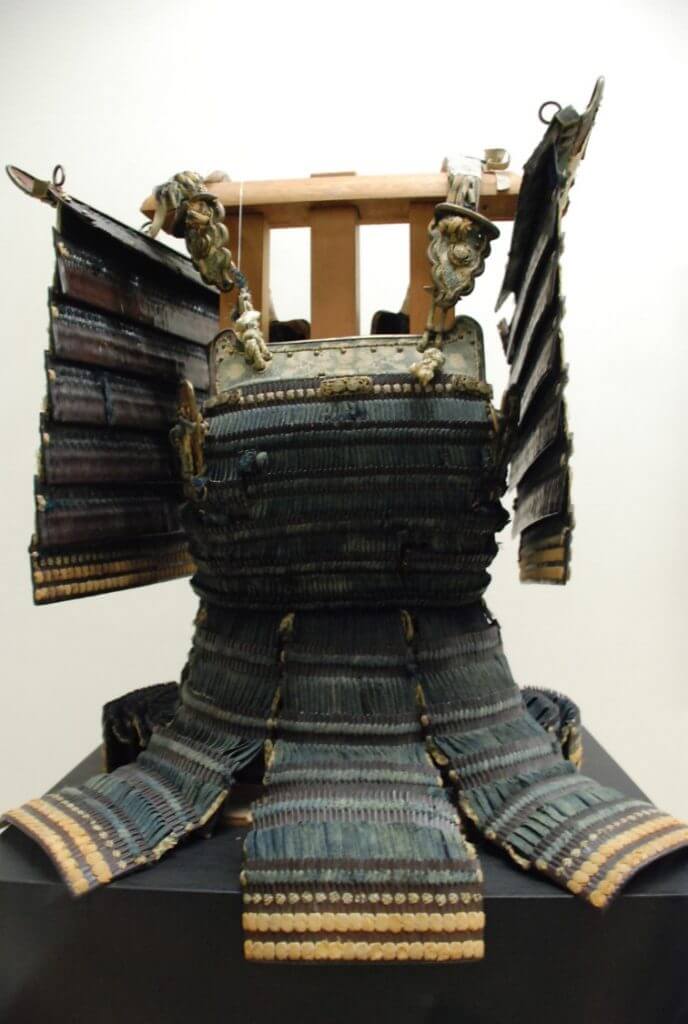 The reality is that Toyohisa died on the battlefield. The suit of armour he is said to have worn has been passed down in his descendants’ family and is now in the collection of the Shoko Shuseikan Museum. The blue laced armour has holes on both sides made by spear thrusts and has been cut by swords in several places, showing the grisly demise he must have met at the hands of the enemy.

Yoshihiro and his men made it to the edge of the battlefield at Sekigahara, but now they faced another challenge – the journey of almost 1,000 kilometers back to their homeland in Kagoshima while being hunted down by Tokugawa search parties.

Find out how they escaped in the final part of this series.